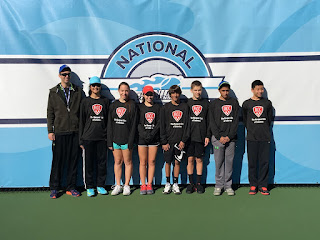 After dropping only 2 courts in the 1st 2 matches against Texas and NorCal, RCC entered its match with Southwest trailing by 5 games.  Nathan Yu and Evelyn Holman won close singles matches, and Boys and Girls doubles dropped close matches.  Dev Vasani and Evelyn went into mixed doubles with the team trailing by 7 games.  They won the 1st set 6-1, and were up 4-1 in the 2nd.  The match came down to the last point, as RCC won on at 5-4 deuce on a volley winner.  This meant they tied in total games, but won the match head to head, so they advanced. 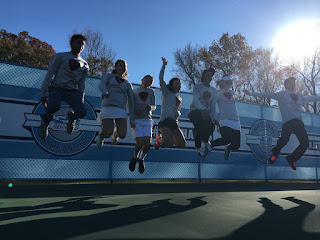 RCC lost by 11 games in the semis to the champions Middle States.  Nick Gruss and Adam Sorrels had a great comeback win in 3 sets.  RCC won 4 of the 5 courts in the 3rd place match with Eastern.  Nathan Yu lost a long 3 setter.  Angela Li and Rosie Gliatis had a huge 6-1 6-0 win to give the team a big lead, and Evelyn Holman defeated a tough opponent in 3 sets.  Nick Gruss and Adam Sorrels won both their playoff matches, and improved every match, only dropping one match in the tournament in 3 sets.  Dev Vasani played great mixed doubles and only dropped one match at the tournament.  Evelyn Holman went 7-1 at the tournament, and was 3-0 in 3rd set tiebreakers.  Angela Li and Rosie Gliatis played great doubles, and secured 3rd place by winning 6-1 6-0 in the last match.  Nathan Yu played close matches throughout the tournament, and picked up at least 4 games in every set he played, often playing the opposing team's best player. 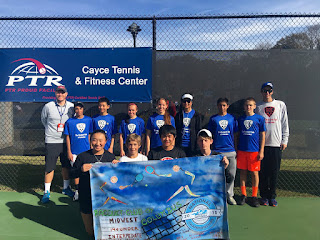 Evelyn Holman won the Girls 14s Sportsmanship Award.  This is the 1st time a player from RCC has won this at JTT Nationals. 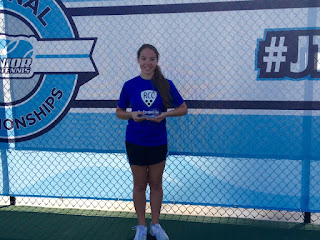